The Sandy Creek VEX robotics program was established in 2015. From there, the program has flourished to include many award-winning and competitive robotics teams. The program also branched out to include VEX IQ and the community to promote STEM learning. In the past, the program has done things like Hour of Code, Robot Day at the Ainsworth Memorial Library, Manufacturing Day at CITI BOCES, and Oswego Harborfest.
Since then, the program has been through games such as Nothing But Net, Starstruck, In the Zone, Turning Point, and Tower Takeover. Our program has had the honor of competing at the VEX Robotics World Championship for four seasons. In addition, the program has earned several different awards: Tournament and Skills Champions, Judges Award, Design Awards, Amaze Award, etc.
One of our overall best seasons was 2017-2018 during In the Zone. In that year alone, we received four Tournament Champion Awards, five Skills Champion Awards, and one Design Award. That season was the third time in a row that we won the New York State Championship. At this competition, we were awarded the Sportsmanship and Amaze Awards. During the 2018 VEX Robotics World Championship, we placed 90th globally for Skills.
Last year, in the 2019-2020 game, Tower Takeover, we earned two Tournament Champion Awards, two Excellence Awards, one Skills Champion Award, and an Amaze Award. Our season ended at the state semifinals with an overall record of 43 wins and 11 losses.
[Co.R.E.] is ready to get back in the game. This year, the team hopes to work hard and bring back the success of previous seasons, and wishes luck to other teams. We are ready for the challenge, Tipping Point!!

Hailey has been in robotics for 5 years and is a senior. She fills the roles of driver, builder, designer, and strategist. Hailey is one of our main builders who makes the impossible ideas come to life. She swiftly moves the robot across the field and surprises everyone with time-buzzer wins. In Hailey’s free time she enjoys riding horses, playing video games, and repairing sewing machines at her grandparent’s shop. 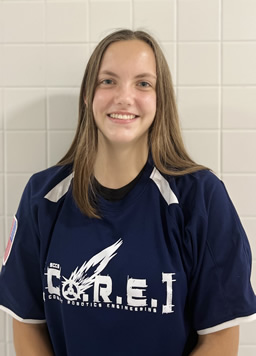 Kaleigh is a fourth year robotics member. She is in 12th grade and is a student at P-Tech (Pathway in Technology early college high school classes). Kaleigh is the programmer for our team. She has been doing autonomous in the past seasons. Kaleigh is applying all that she has learned into this year. When not coding, Kaleigh enjoys sleep, DND, and barrel racing. 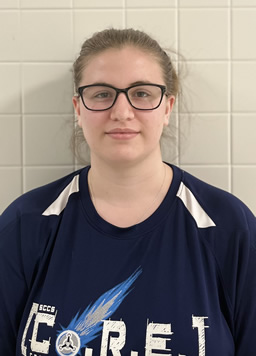 Jessica, better known as Jess, is in 12th grade and has been involved in the program for 3 years. This teammate is a builder, scout, and dreamer. Jess co-builds with Hailey, making their wildest dreams come true. Jess seeks out other teams using their scouting skills. They are well-rounded and involved in show choir, drama club, science club, and many other activities. 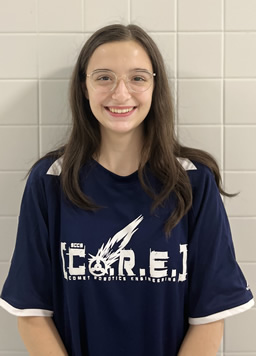 Skylar is a sophomore who has been in [Co.R.E.] for 3 years. She is the first person in our club to start in IQ before moving to high school robotics. Skylar is a builder trainee; Hailey and Jess show her the ways to successfully build a high school robot. She also works on the team’s engineering notebook, recording anything that occurs in robotics. Outside of robotics, she likes softball, reading, science club, student council, and language club. 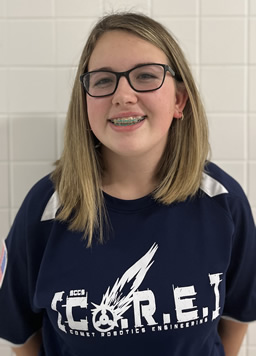